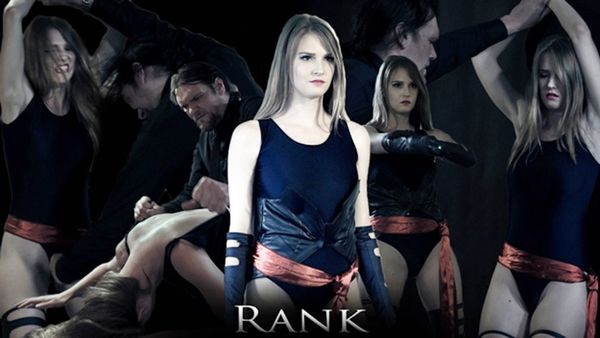 Synopsis: NinjaGirl’s masters, The Hand, want control of the International Security Company’s (ISC) assets. The ISC’s main shareholder, Forbes, an arrogant brute of a man, refuses to sign them over. He has an agenda of his own and has laughed at The Hand’s warnings. NinjaGirl has been tasked with getting him to agree… Taking out his guards, she confronts him at his office. She tries using her feminine assets but it’s to no avail. He doesn’t take the bait. She’s a superior fighter and quickly puts him on the ropes. She even injures his neck enough to almost paralyze him completely. While searching his office for any information on his holdings, Forbes manages to ingest an experimental liquid developed by ISC’s Dark R&D Division. Set to secure the company’s future, this liquid accelerates healing in the body, and Forbes soon finds himself able to walk. A surprise injection into Ninjagirl’s ass and the tables turn significantly. Forbes is not a man to be toyed with and his temper is matched only by his need for revenge. Ninjagirl hardly has the strength to stand and any normal girl would have passed out. Will she survive as Forbes brutally manhandles the powerless heroine?

This content is restricted to site members. If you are an existing user, please log in. New users may register below.

(Do not accept 30 days premium package )